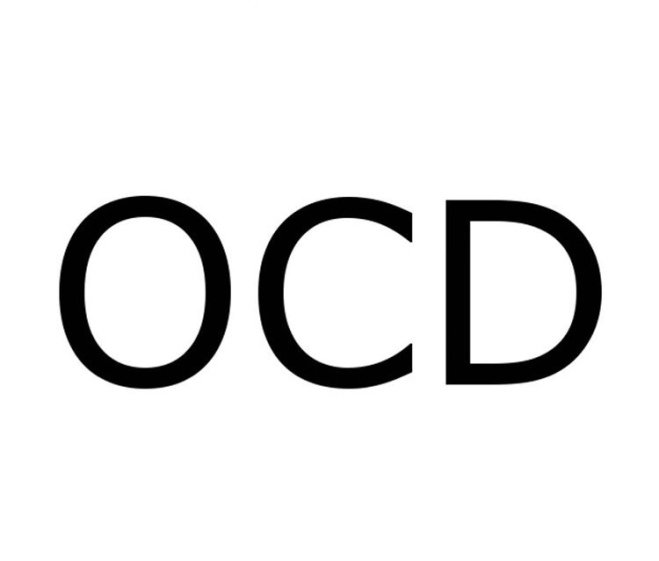 Welcome back to Part 2 of “My Diagnoses!” In this post, I decided to talk a little bit about Obsessive-compulsive disorder (OCD). This is a disorder that I’ve been struggling with since I was about 5 years old. It is also a disorder that a majority of people are confused about. Their confusion is no surprise, considering the manner in which Hollywood portrays it. I want to (try) to tell you what exactly OCD is, how it affects me, and possible signs that you could be suffering, as well.

Obsessive-compulsive disorder is an anxiety disorder characterized by obsessive thoughts, impulses, or images, and compulsions (rituals to cope with the obsessions). There are four main types of OCD: contamination and washing, symmetry and ordering, hoarding, and harmful or taboo thoughts and impulses. The causes of OCD are believed to be caused by the same factors that other anxiety disorders are caused by- genetics, brain structure, brain chemistry, etc.

How OCD affects me

Obsessive-compulsive disorder has had such a big impact on my life. Sometimes it seems as if I’m doing much better, and then the next day it’s dreadful. The first signs of OCD my family noticed in me were almost comical. Like I mentioned in my last post, I couldn’t stand the feeling of the seams on my socks every morning before kindergarten, and before I slept, my blankets had to be completely straight or I would freak out. Along with those obsessions, I also had to touch everything exactly four times, and I always had to ask people to repeat themselves a certain amount of times. I didn’t realize why I was feeling these obsessions or compulsions back then, but my mother caught on pretty quickly, having OCD herself. My OCD manifests itself differently now. I still sometimes have to have someone repeat themselves, and I still have to repeat certain actions (three times now, instead of four). My main problem that has developed the past five years or so is a sort of subcategory of OCD called scrupulosity or “religious OCD.” Because I am a Christian my intrusive thoughts tend to be thoughts that I believe would upset God and make him want to punish me. Typing it out makes me realize how strange that sounds. My obsessive (or intrusive) thought is usually some blasphemous statement or a thought about family dying, and my compulsion is a quick prayer to gain forgiveness and still make it to Heaven, or for God to keep my family alive. Obviously, this isn’t how God works, but because I care so much about my relationship with God, it’s kind of like my brain works against me and uses my guilt and fears to its advantage. There have been periods of my life where I couldn’t even read a book or watch a movie because my intrusive thoughts were so persistent. I truly believe that I spent at least a few hours of my day performing my rituals and saying my compulsive prayers. It made me exhausted. In addition to the scrupulosity, I was (and am) worried about being contaminated by somebody with a stomach virus. I count when I walk, I recite different phrases in my head, and, to top it all off, I have mild trichotillomania (hair-pulling disorder). I, thankfully, don’t pull my hair out of my scalp, but it has caused a considerable amount of damage to my hair. (Not to mention, I chew my nails like nobody’s business).

Some of my obsessive thoughts

Some of my compulsions

Signs of OCD and treatments

If you think that you have obsessive-compulsive disorder or you suspect someone you know may be suffering, I’ll add some signs and symptoms to look out for and some treatments to consider.

Treatments include medication and exposure therapy. Often doctors will prescribe an SSRI (selective serotonin reuptake inhibitor), such as Zoloft, Lexapro, or Prozac. Your doctor may also recommend going to see a therapist. I went through extensive exposure therapy in 2017-2018, and it honestly changed my life. My OCD had gotten to the point where I was miserable all day, and exposure therapy helped me more than I can put into words.

Thank you for reading!

If you believe you are struggling with obsessive-compulsive disorder or any other mental disorder, I encourage you to seek help! Once I ditched the stigma and went to therapy, I realized that it was one of the best decisions I have ever made. I hope this helped someone out there. Don’t forget to tune in for the rest of my series, “My Diagnoses!” Thanks for reading!